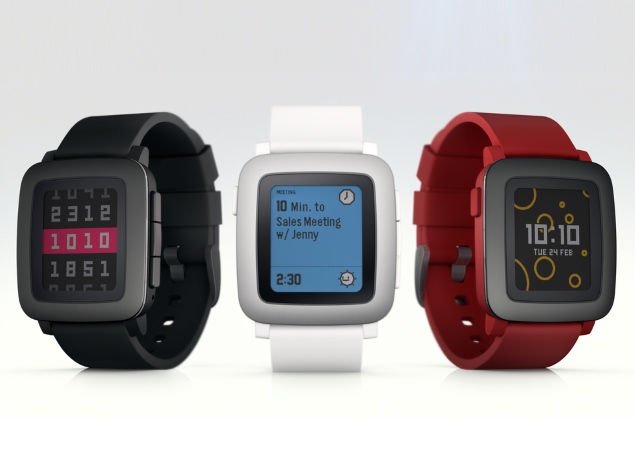 For the retail, Pebble Time is priced at $199, but its shipping will start after the complete shipment of Kickstarter orders, says the company. At the time of writing, the company with over 14,500 backers had already received nearly six times its project pledge goal of $500,000, with 31 days to go till the end of the campaign.

The third-generation of Pebble – the Pebble Time – comes with a new colour e-paper display, and is slimmer than the original Pebble by 20 percent with a 9.5mm thickness. The company has also included a microphone for responding to notifications.

“With one click, see what’s coming up next. Your timeline connects to calendars, alarms, and apps, organizing all kinds of relevant information along with quick actions. Similarly, recall the past. Scroll back in time to see that email you missed, your step count for the day or the score from the game last night,” said company.

Pebble Time is said to be fully compatible with all 6,500 plus existing Pebble apps and watchfaces. The watch also uses scratch-resistant Gorilla Glass and it is water-resistant like the previous generation Pebble watches. It comes in three colours – White, Black, or Red – and a standard silicone band with black PVD stainless steel bezel for all three. Users can also replace the band with all standard 22mm watch bands.

The company will soon launch a program for the accessory makers and advanced customizers to create straps, covers and docks. The Pebble Time has also got a smart accessory port, enabling hardware developers to build sensors and smart straps that connect directly to the watch.