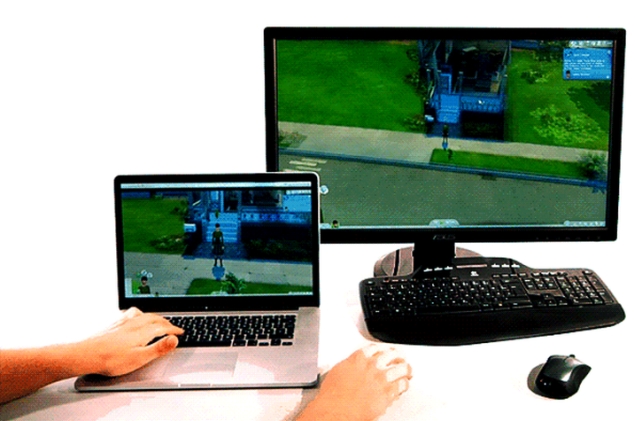 Streaming games is something that many companies including Sony, Steam, and Nvidia have been working on. So far at least, success in this field has been limited.

Two independent companies that raised a lot of attention in this field were Gaikai and OnLive, both of which promised to allow you to stream games running on their servers across the Internet, so you could play a high-end game on a netbook, for example. Today, neither Gaikai nor OnLive exist. Sony acquired Gaikai in 2012, and it is likely using the same technology for its PlayStation Now service. OnLive, which launched complete with special hardware, went bankrupt. Sony also acquired the “important parts” of OnLive in 2015, but announced no plan to continue the service in it’s “current form,” suggesting that OnLive’s technology would likely be used to add to PlayStation Now.

Steam and Nvidia, on the other hand, focused on letting you stream the games you own. The catch is that this works with only select hardware, and also requires the kind of PC setup that many people won’t have. There are also now some Android apps that make use of the same graphics cards to allow you to play PC games on your phone or tablet, working with game controllers such as the Xbox 360 controller or the PS3 controller. If you’re a gamer who’s keeping up with the latest developments, this isn’t much of an obstacle – but if you’re a couple of years out of date, and just want to stream an older game like Portal, your options are limited.

A new Kickstarter project called SWYO, made by a team of Indian and German developers, wants to address this gap. SevenRE, the company behind SWYO, says it has created a client which will allow you to stream games from your PC to another PC or mobile phone running a browser or an app. It’s not quite the same idea as OnLive or Gaikai – you still need to have a PC that is powerful enough to run the game in the first place.

Another cool feature, as explained in the Kickstarter video, is that SWYO can be used to let a remote player control your local game – this could be used to remotely do local co-op for a game that doesn’t support online multiplayer, or you could pass the controls for a tough segment of a game over to a friend.

Pratip Chakraborty, the CEO of SevenRE, chatted with NDTV Gadgets over email to clear up some questions about SWYO. 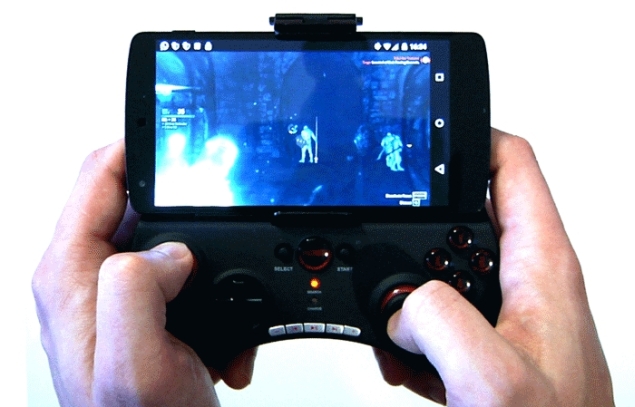 “We’re a two year old technology consulting startup, and we’ve been building out the Stream What You Own (SWYO) prototype for the last one year,” he explains. “We have a working proof of concept now, and we’re now trying to raise funds for full time development on the project.”

Chakraborty tells us that SWYO can be used to stream not just your games, but also music and movies to the app on your phone if you want. Your PC can also be set up to power on remotely, so you don’t even need to keep it running; just install SWYO, and then when you want to watch something, or play a game, simply press a button in the app.

“In a nutshell, SWYO aims to create a personal cloud solution, that’s not bound to hardware or a local network,” Chakraborty adds. “And we wanted to make sure you can do it either via the browser, or on your phone.”

According to Chakraborty, the big advantage of SWYO is that you don’t need to install a client to play games – it’s a browser-based solution means that isn’t tied down to any specific operating system, and you can play games from a Windows, Mac or Linux computer without worrying about how installing any software.

“You could just go to a friends’ house and then play games that are installed at [your] home,” says Chakraborty. You don’t need additional hardware over and above the standard requirements of your games, he claims.

“We support both hardware encoding using AMD’s Media SDK, and Nvidia’s GameStream, as well as CPU encoding,” explains Chakraborty. “If your computer can run the game without maxing out the CPU, then you can stream it and play via SWYO.” And if things aren’t working smoothly, then just dial down the graphics settings a touch and you’ll see the game run fine.

There’s no demo to try out now, but SevenRE promises that the latency is low enough not to affect gaming. The prototype seems to work smoothly on different devices – we looked at some videos of SWYO in action on a laptop, and on a Google Nexus 5:

Watching someone play Shadow of Mordor on a Nexus 5 is promising, and the game seemed to run smoothly too:

According to Chakraborty, SWYO isn’t affected by Steam’s DRM – something that would matter to many, (if not all), PC gamers. The computer or phone you’re streaming on simply needs to be capable of HD video playback. In case you’re streaming to a PC, then you need to a browser that supports Flash, ideally Firefox or Chrome, Chakraborty explains.

And game streaming is just one part of SevenRE’s plan – they’re also going to sell software licenses to businesses, and plan to compete with remote presentation and PC access services like TeamViewer.

“Our tech fills the gaps and enhances existing solutions,” says Chakraborty. “TeamViewer lacks gaming capabilities. Remote Play is Nvidia only, and Steam needs both computers to be on the same local network. In the diverse streaming ecosystem, SWYO is all about feature unification, ease, power of sharing, and personalisation.”

While that sounds good, the fact remains there’s nothing concrete beyond a few videos SevenRE has put up to demonstrate the concept. There’s not trial version you can download, to see how effective it is today, or to decide if it’s worth putting down the money to back the company as yet. But leaving aside SevenRE’s bigger plans of selling corporate tools, as a gamer, the idea is interesting.

You’re not locked down to a specific library of games, or a specific set of hardware. It’ll work with your GOG, Steam, and Origin games. It’ll work if you have an AMD graphics card or an Nvidia card. You just need to install the SWYO server software on your PC, and that’s it. And it doesn’t require a cutting edge gaming PC on the client-side either.

The bandwidth requirement means that if you’re in India, you definitely don’t want to try doing this over the Internet, but local streaming from your desktop to different screens in your house should work just fine. There’s a lot of appeal to the idea, and we’re cautiously optimistic to see how it all turns out.