Did you know there are almost as many cell phone subscribers listed as there are known people on the planet? With almost 8 billion working cell phones, the little electronic handsets have changed the way humankind lives, interacts, and keeps in contact with friends and family. The cell phone is a modern technological advance with no equivalent. So, have you ever wondered how your cell phone works? 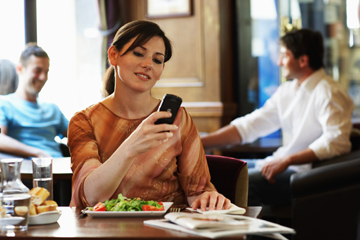 Whether you call it a cell phone, mobile device, or cellular electronic, the tiny handheld phone has become a necessity for most people in a very short period of time. Since the device uses radio type electromagnetic waves to send out and receive information, there is no need for wires. That means that no matter where you are, the electromagnetic energy waves of millions of bits of information are surging around you every day.

Inside almost every wireless electronic device on the planet are these tiny wafers made from silicon that act as a semiconductor within the integrated circuits of the device. A very common element on planet earth, silica is a major part of most sandy beaches. Is it not a metal, but silicon is not a non-metal either; rather, the element is considered a metalloid – and that is why silicon is so useful in your cell phone operation. A silicon wafer manufacturer creates tiny silicon chips that are used inside your phone as a semiconductor.

Your little cell phone captures the electromagnetic energy that zips around you at about 186,000 miles every second. The undulating electronic pattern specific to your phone is picked up, and you can hear the caller speaking as the information is decoded.

Many consider cell phones as modern miracles, while others believe the electronic devices are inconvenient distractions. No matter how you feel about the handheld cellular devices, you have to admit the technology they contain is pretty amazing.