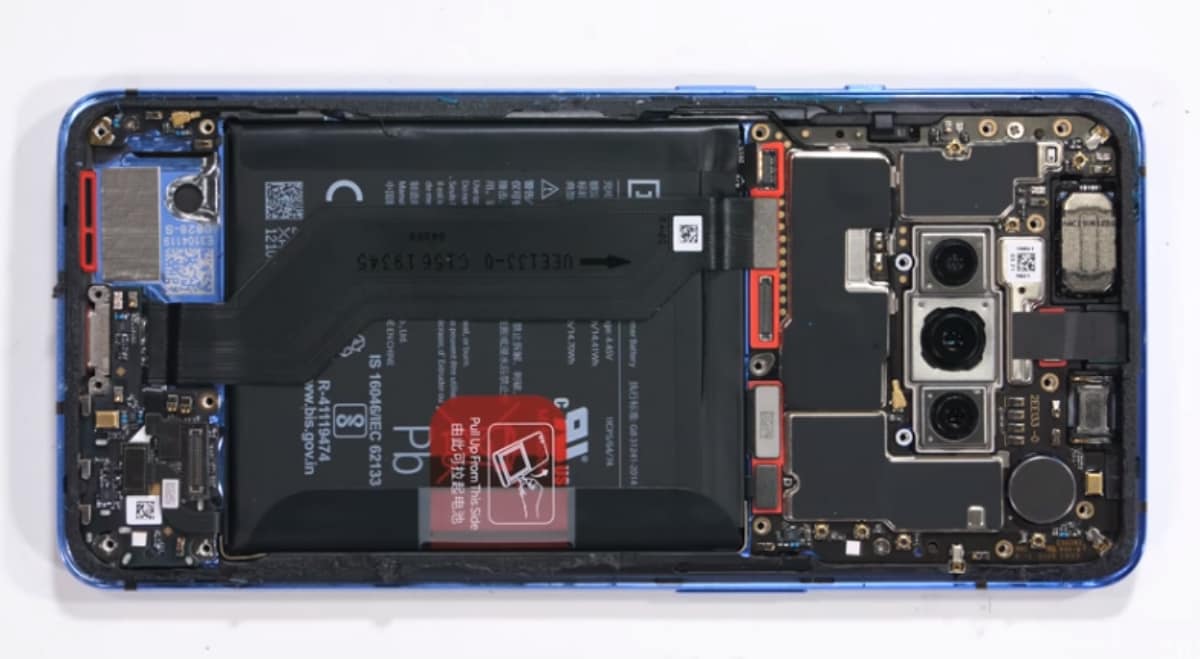 Zack Nelson performs a teardown of the OnePlus 7T

Zack Nelson from JerryRigEverything has performed a teardown on the recently launched OnePlus 7T, showing us the internals of the phone. The teardown reveals good ingress protection around the edges of the phone and surrounding major parts inside. The phone’s insides reveal that it is equipped with three speakers enabling better sound quality, and the battery is stuck with an adhesive, making it difficult (but not impossible) to remove. The phone’s screen is glued into the frame, making it hard to replace.

Starting off, Nelson has to apply a bit of heat, suction and force to pry open the back panel. He unscrews all the plastics quickly to show off the motherboard, the battery, and the triple camera setup. As mentioned, the OnePlus 7T has three loudspeakers – one at the bottom, and two on top – enabling better sound quality and output. The bottom loudspeaker has little foam balls on one side to allow air to come in, and make it sound bigger than it actually is.

All of the rubber attachments for ingress protection are in red, and is quite a neat addition to keep things organised. The triple cameras at the back of the OnePlus 7T were removed, and OIS is spotted only on the main 48-megapixel sensor. The screen, as mentioned, is fused onto the frame, making it difficult to replace. All the other internals are seen to be protected well, along with speaker grilles, which have mesh and rubber protection