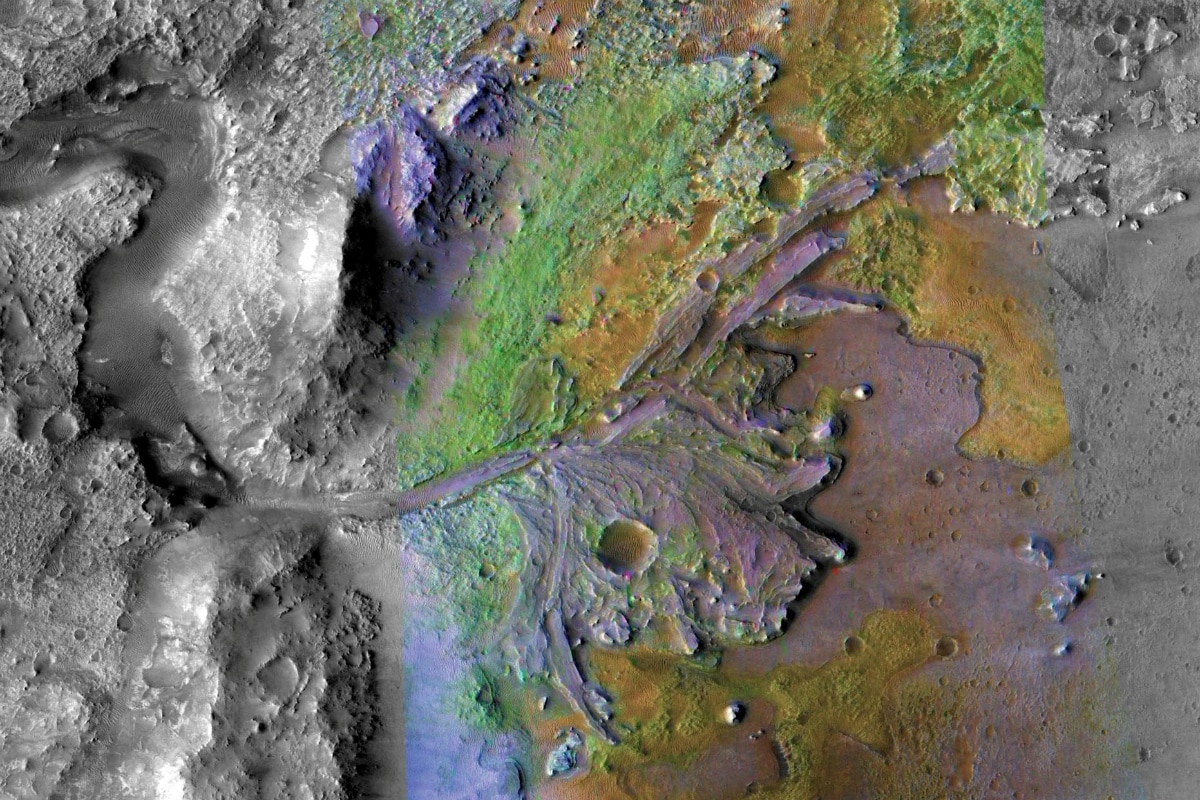 The Mars 2020 rover, which sets off for the Red Planet next year, will not only search for traces of ancient life, but pave the way for future human missions, NASA scientists said Friday as they unveiled the vehicle.

The rover has been constructed in a large, sterile room at the Jet Propulsion Laboratory in Pasadena, near Los Angeles, where its driving equipment was given its first successful test last week.

Shown to invited journalists on Friday, it is scheduled to leave Earth in July 2020 from Florida’s Cape Canaveral, becoming the fifth US rover to land on Mars seven months later in February.

“It’s designed to seek the signs of life, so we’re carrying a number of different instruments that will help us understand the geological and chemical context on the surface of Mars,” deputy mission leader Matt Wallace told AFP.

Among the devices on board the rover are 23 cameras, two “ears” that will allow it to listen to Martian winds, and lasers used for chemical analysis.

Approximately the size of a car, the rover is equipped with six wheels like its predecessor Curiosity, allowing it to traverse rocky terrain.

Speed is not a priority for the vehicle, which only has to cover around 200 yards per Martian day — approximately the same as a day on Earth.

Fuelled by a miniature nuclear reactor, Mars 2020 has seven-foot-long articulated arms and a drill to crack open rock samples in locations scientists identify as potentially suitable for life.

Ancient life
“What we’re looking for is ancient microbial life — we’re talking about billions of years ago on Mars, when the planet was much more Earth-like,” said Wallace.

Back then, the Red Planet had warm surface water, a thicker atmosphere and a magnetic force around it, he explained.

“And so it was much more conducive to the types of simple single cell life that evolved here on Earth at that time,” Wallace said.

Once collected, the samples will be hermetically sealed in tubes by the rover.

The tubes will then be discarded on the planet’s surface, where they will lie until a future mission can transport them back to Earth.

“We are hoping to move fairly quickly. We’d like to see the next mission launched in 2026, which will get to Mars and pick up the samples, put them into a rocket and propel that sample into orbit around Mars,” said Wallace.

“The sample would then rendezvous with an orbiter and the orbiter would bring the sample back to the Earth.”

Samples should reach Earth “in the course of a decade or so,” he added.

Human mission
To maximise its chance of unearthing traces of ancient life, Mars 2020 will land in a long dried-up delta called Jezero.

The site, selected after years of scientific debate, is a crater that was once a 500-yard-deep lake.

It was formerly connected to a network of rivers that flowed some 3.5 to 3.9 billion years ago.

The crater measures just under 30 miles across, and experts hope it may have preserved ancient organic molecules.

The Mars 2020 mission also carries hopes for an even more ambitious target — a human mission to Mars.

“I think of it, really, as the first human precursor mission to Mars,” said Wallace.

Equipment on board “will allow us to make oxygen” that could one day be used both for humans to breathe, and to fuel the departure from Mars “for the return trip.”

The ambitions come as a new space race hots up, with Beijing increasingly vying to threaten US dominance.

China on Friday launched one of the world’s most powerful rockets in a major step forward for its own planned mission to Mars next year.

NASA’s Mars 2020 will remain active for at least one Martian year, which is around two years on Earth.

But Martian rovers have frequently exceeded their intended lifespans — its predecessor Curiosity landed on Mars in 2012 and is still trundling around the planet’s Mount Sharp region.