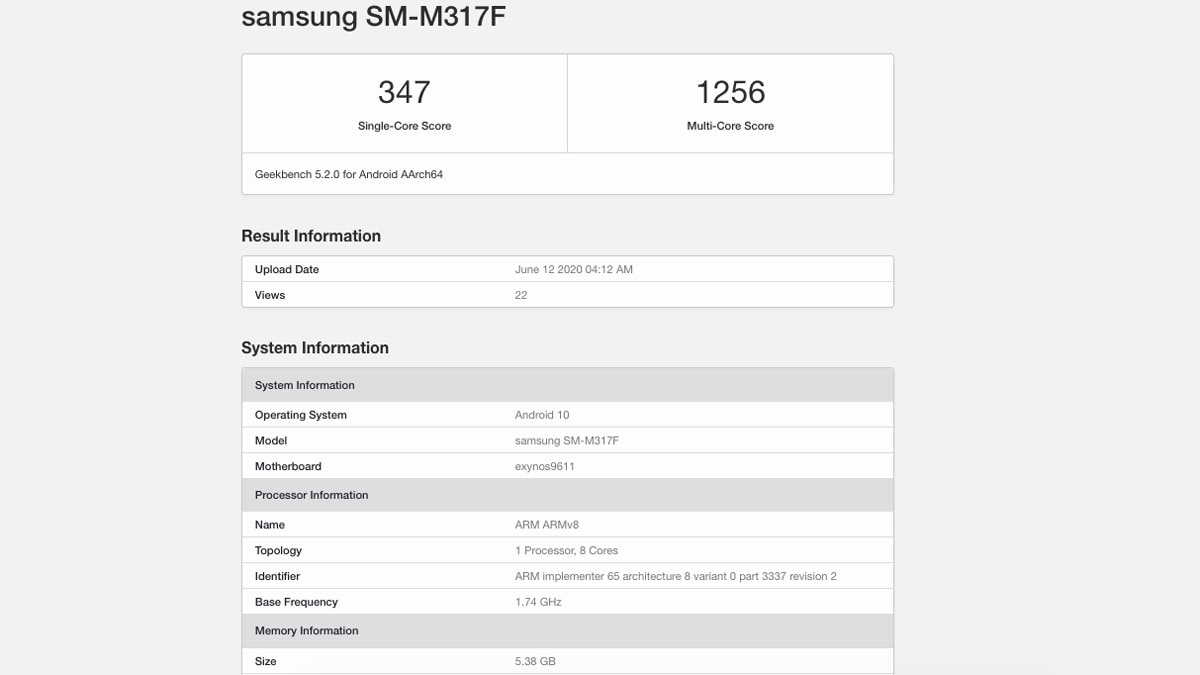 Samsung has been actively launching smartphones in India and multiple reports have pointed out that there are more phones in the works. One such smartphone is the Samsung Galaxy M31s that most likely will be a successor to the Galaxy M31. The Galaxy M31s has been previously tipped to carry the SM-M317F model number. This upcoming smartphone was recently spotted on Geekbench’s website tipping some more specifications. The model number on Geekbench matches with previous leaks.

The fresh leak on Geekbench also indicates that the smartphone will be running Android 10 that most likely will be joined by Samsung’s One UI. The Galaxy M31s has managed to score 347 points and 1,256 in Geekbench 5.2.0’s single-core and multi-core tests, respectively. The Galaxy M31s is expected to feature an AMOLED display and a quad-camera setup at the back, just like the Galaxy M31. Previous reports also hint at a 64-megapixel primary camera.

The Galaxy M31s could pack a big 6,000mAh battery like the Galaxy M31. It could also support fast charging via the USB Type-C port. Launch and pricing details aren’t known at the moment.

To recall, Samsung Galaxy M31 was launched just a few months back, in February this year, so the Galaxy M31s is unlikely to carry any major differences from its predecessor. We will know more when Samsung makes Galaxy M31s official.