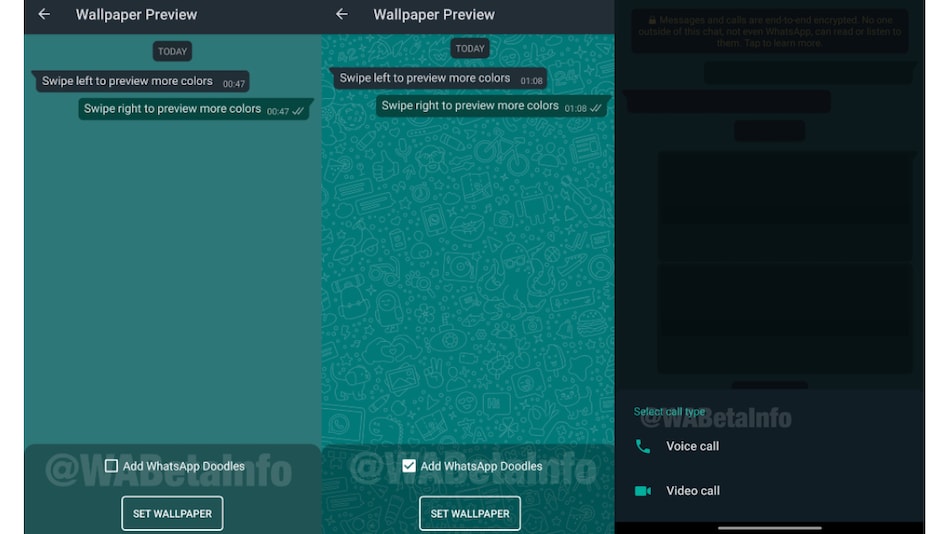 WhatsApp is reportedly working on several improvements, and some of them were spotted in the code of the latest Android beta. This includes a new Catalogue Shortcut for business accounts enabling quick access to their product portfolio. There is also a new ‘Add WhatsApp Doodles’ option that is under development allowing users to make their solid wallpaper look a bit more fancy. Separately, a new ‘Call’ button is also under works. This new call button looks to slightly tweak the process of making video and voice calls inside the app.

WABetaInfo, which tracks new features in WhatsApp, dug into the latest WhatsApp 2.20.200.3 beta for Android to spot several new features. The first one is the possible addition of a quick shortcut in business chats, when the business has set a catalogue. This catalogue icon will be added next to the Call button whenever it arrives. This new shortcut is under development and will not be seen even if users are on the latest beta.

Separately, WhatsApp is also working on a new Call button that will combine the video and voice call shortcuts into one. Currently, we see separate icons in chats for video and voice calls, but this new button looks to combine the two, and when you tap on the button, it will allow choosing the call type. This new shortcut could tweak the process of calls a little bit. It is under development and is reported to be available in a future build.

The tracker says that this new call button will initially be available in business chats only WhatsApp may later expand the feature for other chats too.

WhatsApp is also working on several wallpaper improvements, as reported in the past, and one of the new improvements is the ability to add doodles on a solid chat wallpaper in chats A new ‘Add WhatsApp Doddles’ option has been spotted in WhatsApp 2.20.200.3 beta for Android enabling users to superimpose doodles in chat wallpapers. Again, this feature is also not enabled for beta users yet and was only found in the code.