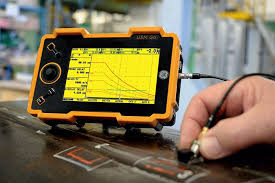 Many people are most familiar with the medical application of ultrasound technology for diagnostic and therapeutic purposes. Ultrasound imaging is useful for looking at soft tissues, many of which do not show up on X-ray. An ultrasound also has the advantage of not exposing patients to any radiation. This is one reason why it is used to take pictures of unborn babies in the womb. Radiation exposure may harm a developing fetus, and a picture of a baby’s skeleton has limited usefulness.

Though the human ear cannot hear ultrasonic waves, they may still cause a significant enough disturbance to the body to deter intruders. The same technology may also work on nuisance wildlife. The device may be motion-activated so that it only produces a sonic wave when needed.

However, deterrents are not the only security uses for ultrasonic technology. The security devices that produce ultrasonic waves may also be able to detect them. This can be useful to listen for water, air, or gas leaks that have not yet become serious enough to make noises perceptible by the human ear. Detecting and correcting these issues early prevents them from becoming serious later.